These books are all linked to the fictional town of Royal, Texas.  Each book can be read as a stand-alone story. 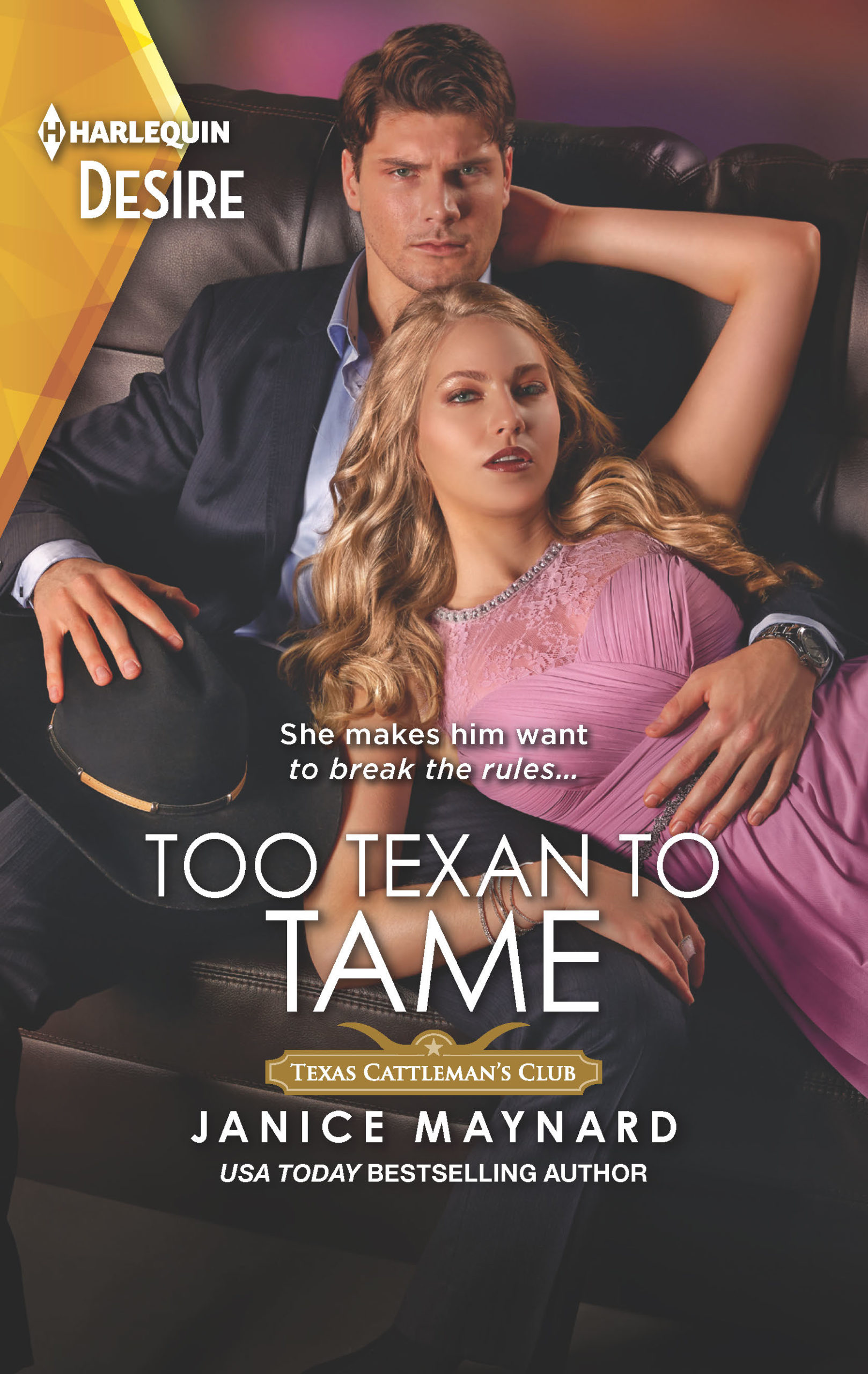 Too Texan to Tame

She makes him want
to break the rules…

He’s back in town…
and back in her bed?

Rancher Vaughn Blackwood is only back home in Royal, Texas, for his sister’s wedding. Then he runs into Brielle Gunderson—and learns he’s the father of her baby. A fake engagement would secure his newfound daughter’s claim to the Blackwood legacy. But Brie has doubts about the plan even as their passion reignites. Can Vaughn change…or will Brie become the girl who got away—twice? 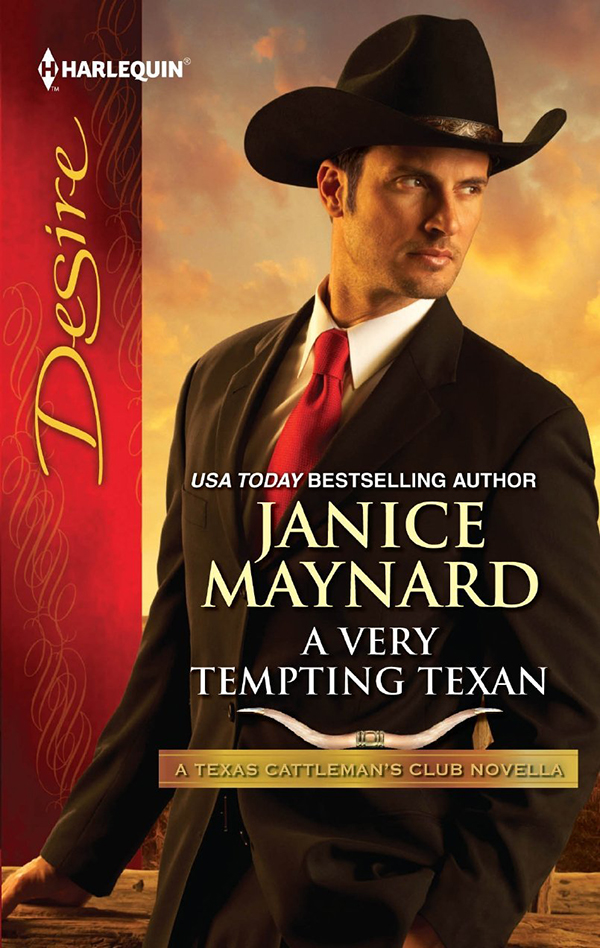 Rory Fentress was the town bad boy who made good. Now a successful businessman and an honorary member of the elite Texas Cattleman’s Club, he needs a permanent home in Royal, Texas, to run for state senate—and he’s got his eye on the ranch run by his former lover.

Shannon Morrison ended her steamy affair with Rory, afraid he’s only using her to get the ranch. But she’ll never give up her family’s hard-won legacy—even if Rory is more tempting than ever.

Rory knows what he wants, and he wants Shannon. He’s determined to change her mind about their future—and the best place to do that is between the sheets….Return to Royal, Texas, with the Texas Cattleman’s Club: The Missing Mogul series from Harlequin Desire, starting with Rumor Has It by Maureen Child. 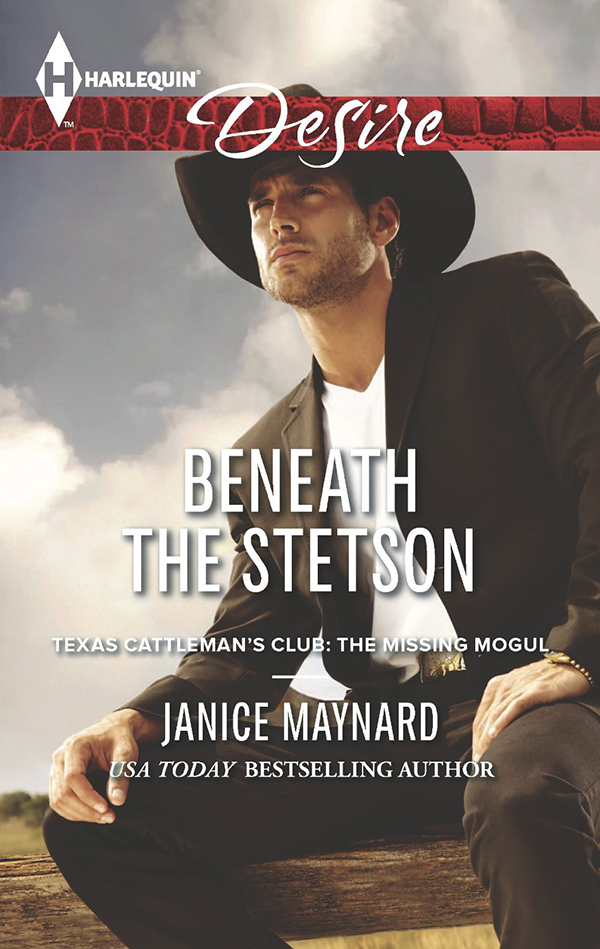 Millionaire rancher Gil Addison does not need Bailey Collins. She is far from the sweet homemaker he thought he wanted. But she is a beautiful woman with a badge, hot on the heels of a kidnapper in Gil’s club. And Gil is hot for her!

Bailey can’t let her career get sidetracked by the cowboy and his son. She’s here to do a job, not find a family. Bailey won’t stop till she gets her man in cuffs…. Trouble is, Gil won’t stop till he gets this woman in his bed! 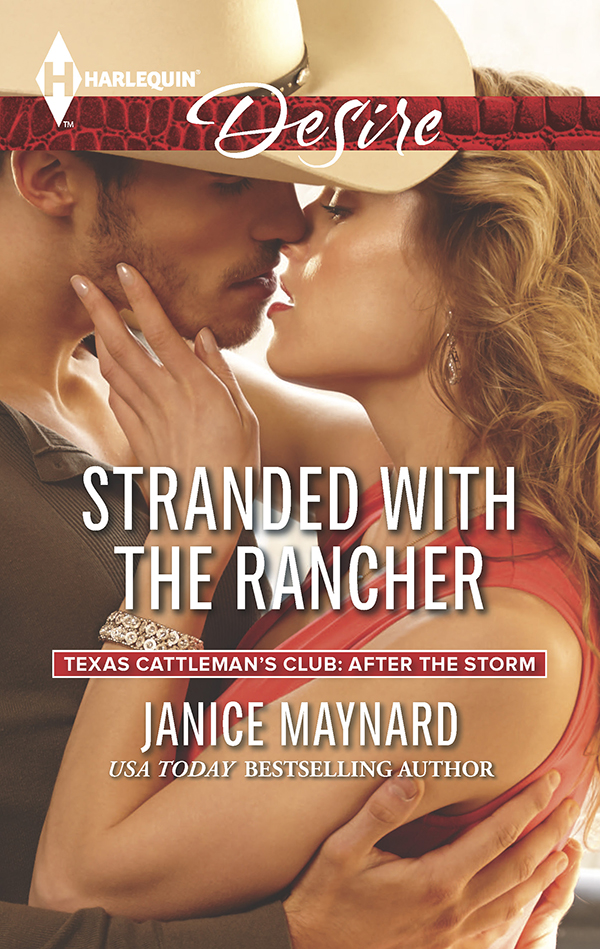 Stranded with the Rancher

For billionaire horse breeder Drew Farrell, the day starts with the usual argument with ornery neighbor Beth Andrews. But within minutes, he and the irritating beauty are huddled together in a storm cellar praying for their lives. They call a truce…and seal it with an unexpected kiss.

They emerge to a scene of utter devastation. Their passion to rebuild is only rivaled by the very personal passion they’ve just discovered…until Beth’s past catches up with her, and a very different type of storm erupts….

The Untamable Texan
(an ebook novella)

Texas financier Jed Farrell always gets what he wants—except when it comes to the one who got away, Kimberly Fanning. Now he’s here to settle old scores with his high school sweetheart at their ten-year reunion. But when they end up back between the sheets, the man with a plan soon gets an unplanned baby surprise. Will old doubts and differences scuttle their second shot at a future together? The time for answers is running out as a storm literally brews on the horizon…. 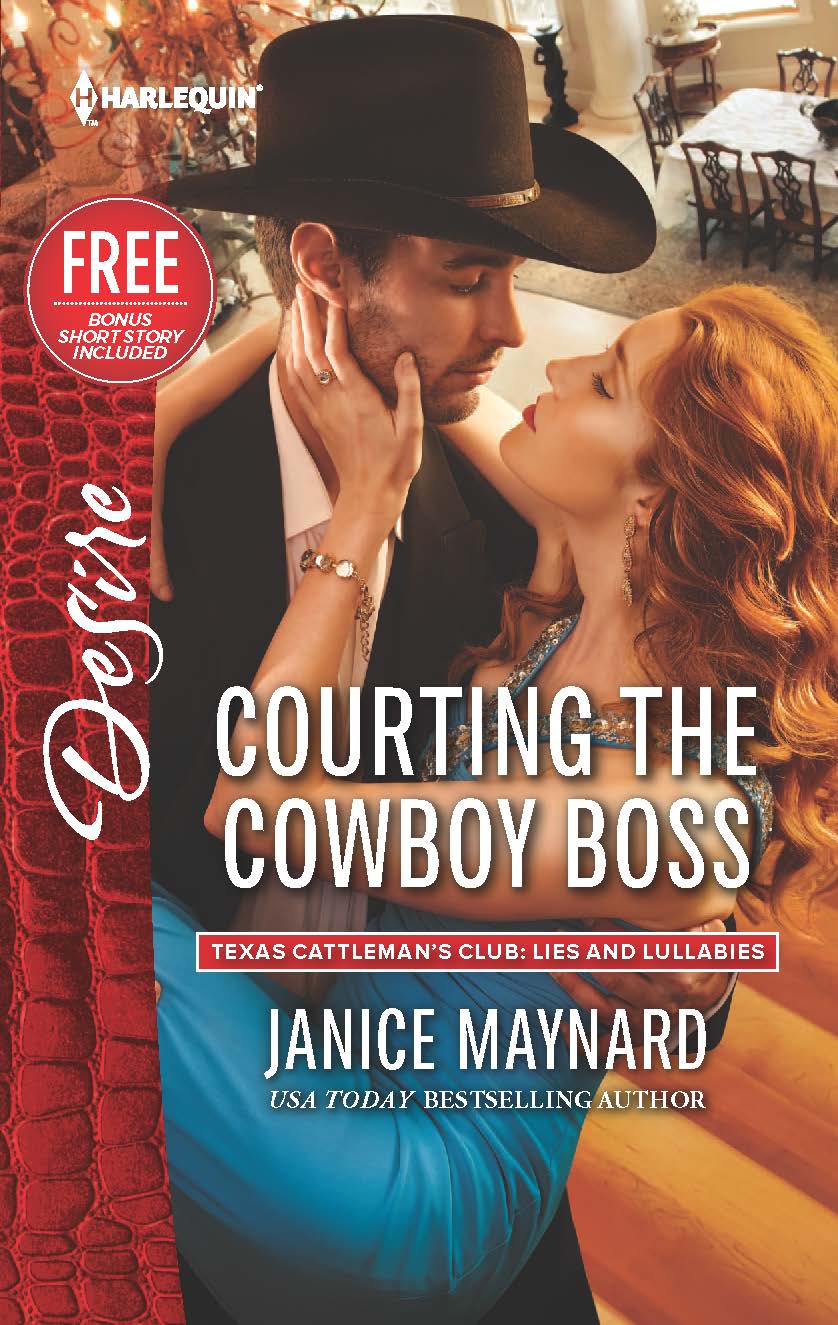 As new president of the Texas Cattleman’s Club, Case Baxter has his hands full. He needs a housekeeper, but he’s been burned before by gold-digging employees. Still, when fiery redhead Melinda Winslow shows up, his attraction is undeniable.

Mellie has big plans for her small cleaning service. A powerful client like Case Baxter is a boon to her business. But falling for him could mess everything up. Mellie knows how to handle a mess…if Case isn’t too hot to handle! 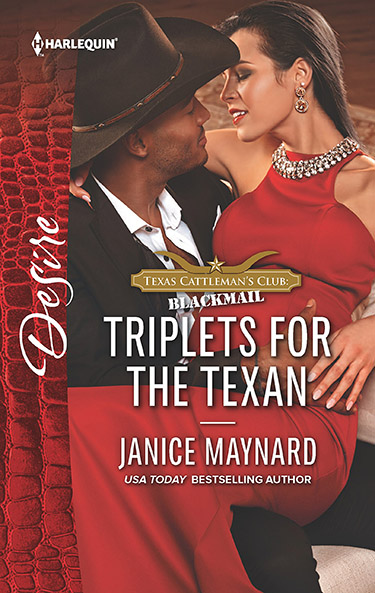 Triplets for the Texan

Simone Parker will soon be a single mom, thanks to a sperm donor. But when the doctor tells her not one but three babies are on the way, Simone is floored. Especially since the good doctor is none other than the first love who broke her heart, Troy “Hutch” Hutchinson.

Touched by tragedy on an overseas humanitarian mission, Hutch has returned a changed man. What hasn’t changed is the fiery chemistry he shares with Simone. But will Simone’s secret reason for conceiving destroy their second chance? 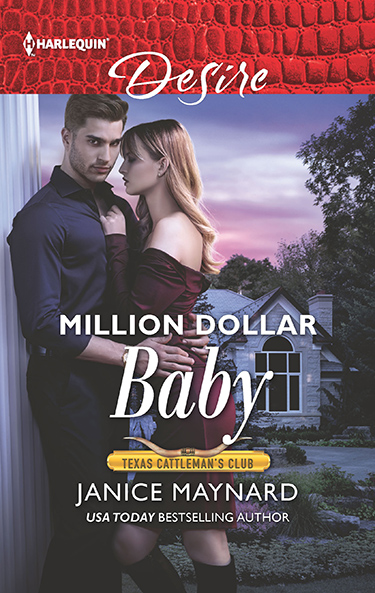 After one night with an anonymous cowboy…there’s a little secret on the way!

Going home with a stranger isn’t sheltered heiress Brooke Goodman’s MO. Neither is falling back into bed with the same sinfully sexy man…or asking him to marry her so she can inherit millions. But now she’s pregnant, and Austin wants to wed for real! Should she trust a man who can promise her his name but not forever? 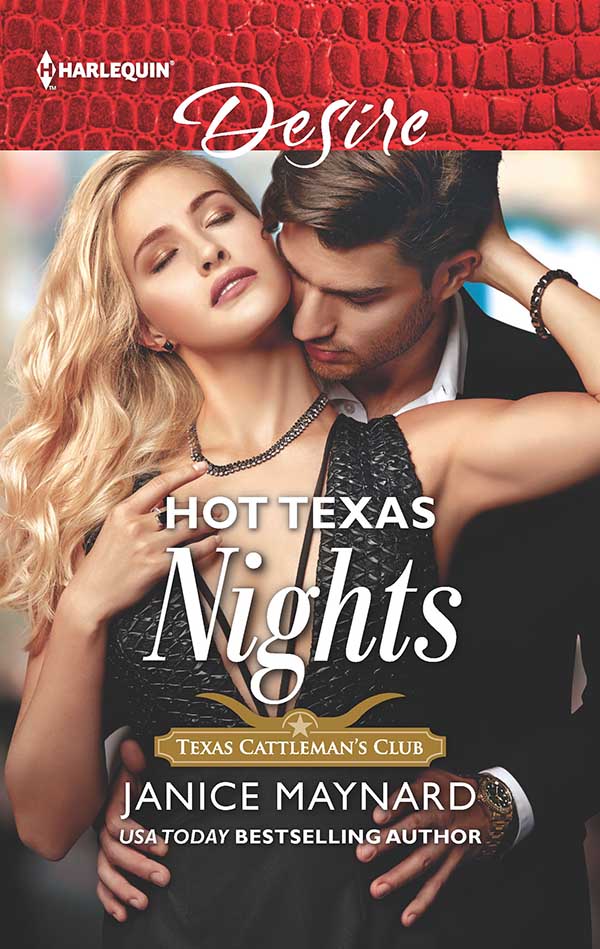 I could use some company.”

And just like that, Aria Jensen reunites with her longtime friend, commitment-shy Ethan Barringer. They’re working together on the new Texas Cattleman’s Club in Houston. Why not leave the friend zone and have a little fun? But their no-strings fling deepens when Ethan steps in as her fake fiancé…to keep her father from forcing her to marry! Will Aria gamble her heart in this high-stakes game?